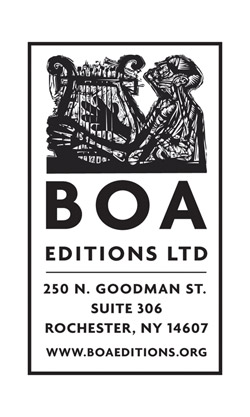 BOA EDITIONS, LTD. is a Pulitzer Prize-winning, not-for-profit publishing house that is not only a vital presence in the upstate New York arts scene, but has also received national acclaim for its work. BOA was founded in 1976 by the late poet, editor and translator A. Poulin, Jr., and has since published more than 200 books of American poetry and poetry in translation. In 2007, we also began publishing select works of fiction.

BOA's mission is to foster readership and appreciation of literature. Support for BOA Editions comes from the sale of its publications, grant funding from public and private sources, and from individual contributions.

A Community of Readers

BOA's readership extends across North America and beyond. We believe in offering a diverse range of literature in order to satisfy readers with differing tastes and backgrounds. We organize readings, provide teaching guides, and otherwise collaborate with, and donate books to, hundreds of organizations (including libraries, museums, schools, senior centers, YMCAs, hospitals, and Native American reservations) in order to bring poetry to a wide audience. BOA books can be found on the shelves of more than a thousand local and national book stores and literary centers, in addition to classrooms and public libraries. BOA books are distributed through Consortium Book Sales & Distribution of St. Paul, Minnesota.

BOA began publication in the fall of 1977 with two books and an annual budget of about $11,000. One of the two, The Fuhrer Bunker by W.D. Snodgrass, received tremendous critical attention, including a nomination for the National Book Critics Circle Award for Poetry. It was optioned for the stage by Joseph Papp and eventually produced by Wynn Handman for The American Place Theater.

Other publishing highlights: In the mid-80s, Carolyn Kizer's collection of poems, Yin, had been turned down by nearly every major publishing house. BOA Editions published the book and it won the 1985 Pulitzer Prize for Poetry. A year later, BOA published Rose, by then-unknown poet Li-Young Lee, who went on to become one of our most prominent poets with a national and international following. In 1988, the BOA editorial staff published four Lucille Clifton poetry books and her prose memoir under the title Good Woman: Poems and a Memoir 1969-1980. This book, along with Clifton's Next: New Poems, were both nominated for the 1988 Pulitzer Prize for Poetry, the first time two poetry collections by a single poet were nominated in a single year.

BOA now occupies Suite 306 of the Anderson Alley Building. BOA is excited to be part of the thriving art community known as Anderson Alley Artists, and we participate in Second Saturday Open House events.

The Guy with the Lyre

BOA's logo is a rendering of Orpheus, the greatest poet and musician in Greek mythology, playing his lyre. His poems and music were said to charm wild beasts and coax even rocks and trees into movement. The design was created in the 1970s by Mirko Pylyshenko, art professor at SUNY Brockport.

Since its inception, BOA has published poets from diverse cultural and aesthetic backgrounds. Many of these writers have been nationally recognized for their achievements. BOA writers have been winners of (among many others): the Pulitzer Prize; the National Book Award; the Lenore Marshall/The Nation Prize; the Lamont Poetry Selections from the Academy of American Poets; the Isabella Gardner Poetry Award; and the William Carlos Williams Award from the Poetry Society of America.

In addition to prizes won, numerous BOA writers have been finalists for the most prestigious awards in North America, including the Pulitzer Prize, the National Book Critics Circle Award, the National Book Award for Poetry, and the Griffin Poetry Prize.

Examples of the Artist’s Work 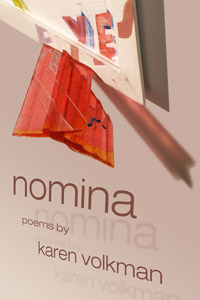 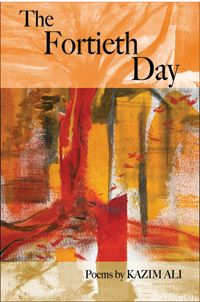 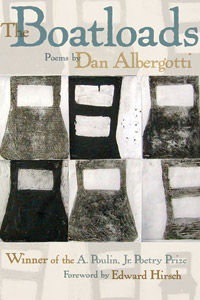 The Boatloads, Poems by Dan Albergotti 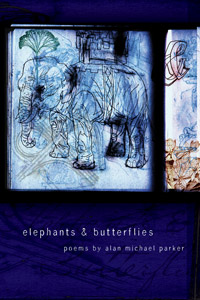